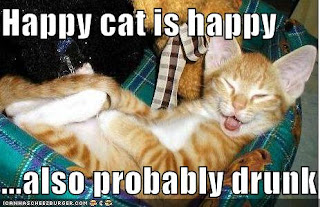 I love weekends when I can spend them with the people I care about, and I got to do just that this weekend. I think I'm warming up a little more to Ryan's friends. This weekend was definitely a good weekend. So Saturday we had a semi-birthday party for 2 of Ryan's friends out at anothers house. I wouldn't call it to much of a party more like a group of friends watching a football game, yelling at the the tv, drinking, and smoking, but it's all good. It's nice to be included in something like that. (Except for the smoking part. Although, there was enough smoke in the air that I didn't have to do it.) Then came time to go home, and I didn't really want to because that meant Ryan would go home. I don't know I just felt like being with him so we just ended up going to his house. Then today (Sunday) we spent half the day at his house, and went out to eat at Chili's and then went to the park and spent the rest the time with my brother and my 3 nieces. I had a blast with them, and seeing Ryan with them made it that  much better. My brother kept telling them to call him Uncle Ryan. Ryan even pushed Karlie and Lainey on a swing for a good 10 minutes or so.

I love when my weekends are like this. :)
Posted by Ashley @ Bookaholics Anonymous at 9:59 PM

Email ThisBlogThis!Share to TwitterShare to FacebookShare to Pinterest
Labels: 2012

A Picture is worth a thousand words

A Glimpse into my world...

Well I see you made it here to my blog. How you did that I don't know. Now that you here enjoy a glimpse into my world, my mind and all that is me.

A Nytmare in the Making

Ashley @ Bookaholics Anonymous
Ft.Worth, Texas, United States
Epilogue
I don't bite. I don't shift. I don't cast. I can't fly. I don't have fins. I just read. That is just me.

Want me to review something check first--> Review Policy